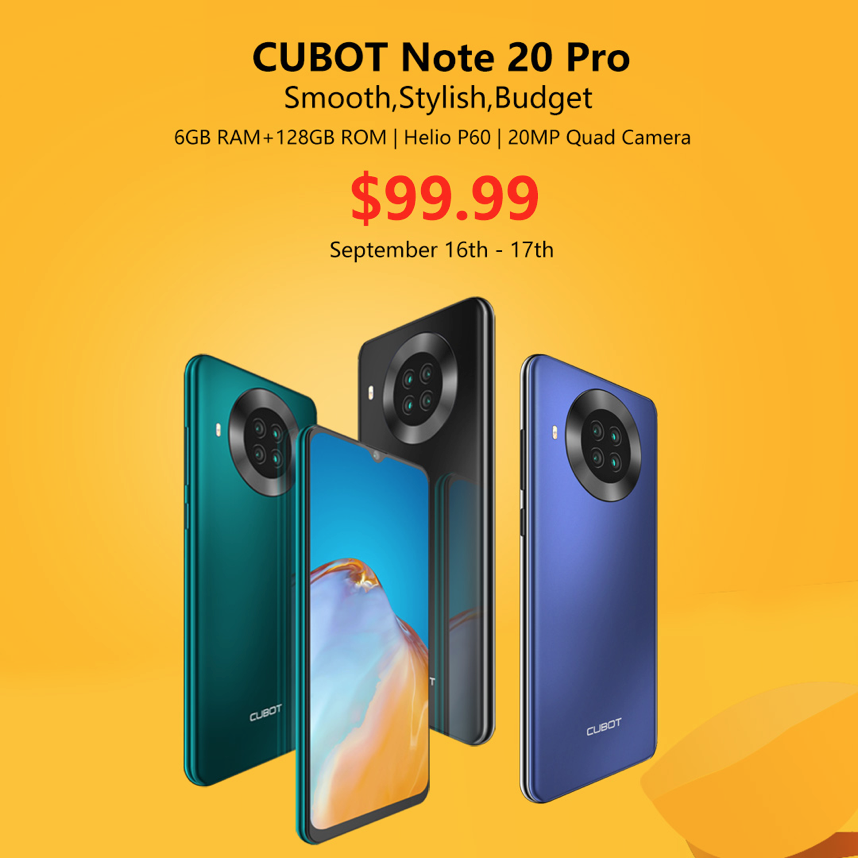 Cubot launched several flagships that have won some favors in the market with theirs incredible cost to performance ratio. if you are familiar with Cubot, you should also know that the company usually puts smartphones on the market at a lowest price.

Take Note 20 Pro for example. Note 20 Pro has received an overwhelming response from the buyers since its launch a couple of weeks ago via AliExpress. Many Cubot fans and the users were excited about the new smartphone due to its affordability and value-for-money aspect. It is available for the exciting price of $99.99 packing Octa-core MT6771 Helio P60 chipset, a a beautiful 6.5-inch super large size HD customized waterdrop display, a 20MP AI camera, and 6GB RAM + 128GB ROM. However, the actual price of the smartphone is $139.99, but due to the introductory limited-time discount, users can grab it at a much lower price $99.99.

Cubot Note 20 Pro is available for a mere $99.99 via the Cubot's official AliExpress store. The sale only went live from September 16th and ends on September 17th. Hurry up, offer expiring soon!